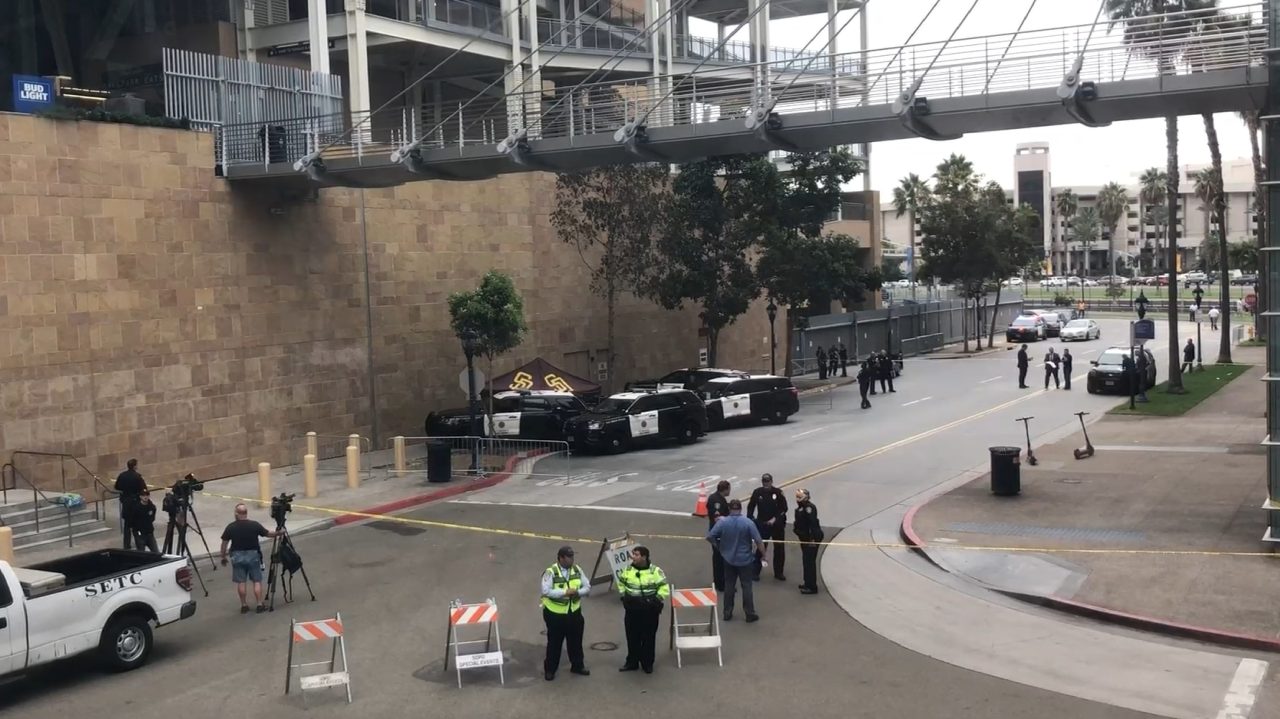 SAN DIEGO – A mother and child were killed on Saturday after falling about six stories from the lobby dining room at Petco Park in downtown San Diego, according to the San Diego Police Department.

The incident was reported by police at around 3:50 p.m. in the East Village, just before the Padres-Braves match started at 4:15 p.m.

Authorities say medical staff arrived at the scene and performed CPR for about 20 minutes, but both victims were later pronounced dead.

The San Diego Fire Department initially said the woman and child fell from a pedestrian bridge, but the SDPD later confirmed the incident occurred at the baseball stadium.

According to the SDPD, the 40-year-old woman and 2-year-old fell from a third level of the stadium to the sidewalk below at 200 Tony Gwynn Way. Police called the deaths “suspect” and closed the area as part of the investigation.

“It is a tragic event,” said San Diego Police Lt. Andra Brown. “We feel horrible for the families and our thoughts are obviously with the family members, but also the people here who could potentially be traumatized.”

‘What a tragic situation’: Padres fans react to fatal fall at Petco Park

The Padres issued a statement on the incident on Sunday.

“We are deeply saddened by the loss of life at Petco Park last night,” the statement said. “Our thoughts and prayers are with the families of those involved. We will continue to refrain from commenting on the nature of the incident as it is an ongoing investigation by the San Diego Police Department. “

Police are investigating whether the fall was an accident.

The SDPD also said they were speaking with the father at the scene. They are asking all fans who may have witnessed the fall to come forward.

Anyone with information on the deaths has been advised to call homicide detectives at 619-531-2293.