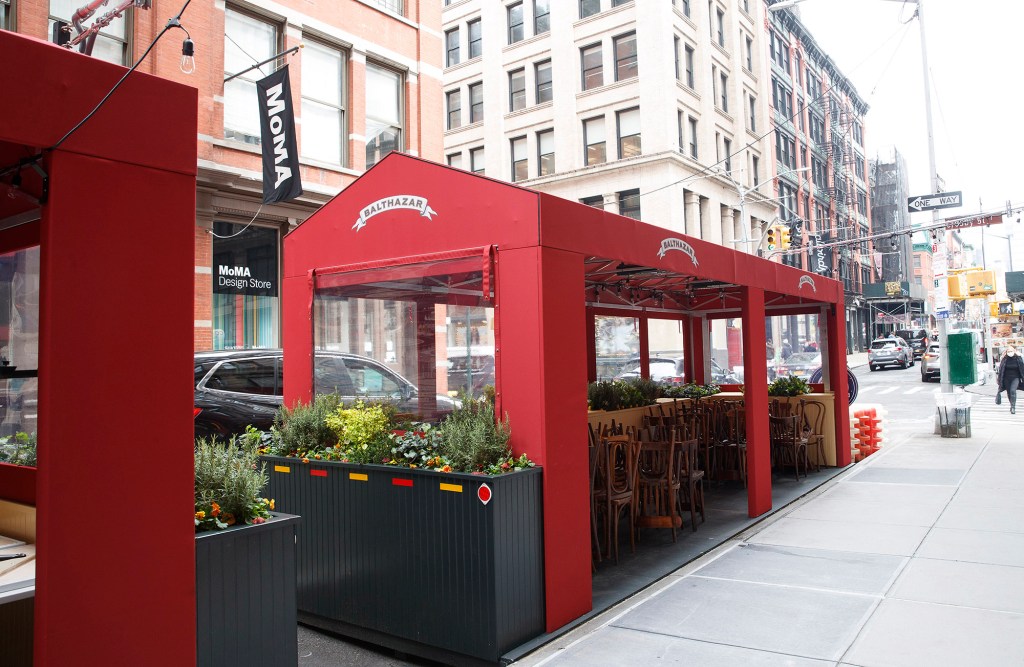 A crowd of protesters pounded on the windows of the outdoor dining area of ​​the upscale French restaurant Balthazar in Soho as people dined there Thursday night, video shows.

Dozens of protesters swarmed the restaurant’s outdoor space – some repeatedly banging on the windows in a show of support – as one, identified as Qween Jean, gave a speech, video originally tweeted by Protest_NYC page shows.

“So many members of the black and brown indigenous community are often left behind,” Qween Jean can be heard saying. “They are often neglected, left out, without housing, without food, without medicine, without medical care, without access to mental health. And we’re here with the message because we believe black lives matter. »

Police could not officially confirm on Friday whether anyone at the restaurant had filed a complaint, and the extent of the damage was unclear.

But the NYPD News page tweeted Thursday night, with a video outside a restaurant that appears to be Balthazar in Soho.

“Tonight in Lower Manhattan, protesters deliberately caused property damage to a local restaurant by smashing multiple windows while customers dined,” the tweet read. “Small businesses need our support, vandalism is not the answer, especially in these trying times.”

Balthazar has been closed throughout the COVID-19 pandemic, and owner Keith McNally has no plans to reopen until Governor Andrew Cuomo increases indoor dining capacity to 50% earlier this month.

A restaurant manager, who gave only his first name, Michael, told the Post that protesters on the street smashed about six plexiglass windows.

“We had customers at the time and luckily we had no injuries,” he said, adding that employees were repairing the damage on Friday.

“We weren’t really expecting it because we assumed people were aware that we were going through tough times, especially in the restaurant business, and it came out of nowhere,” Michael added.

Police also confirmed protesters damaged the roof of a police cruiser near Columbus Park by standing on it.