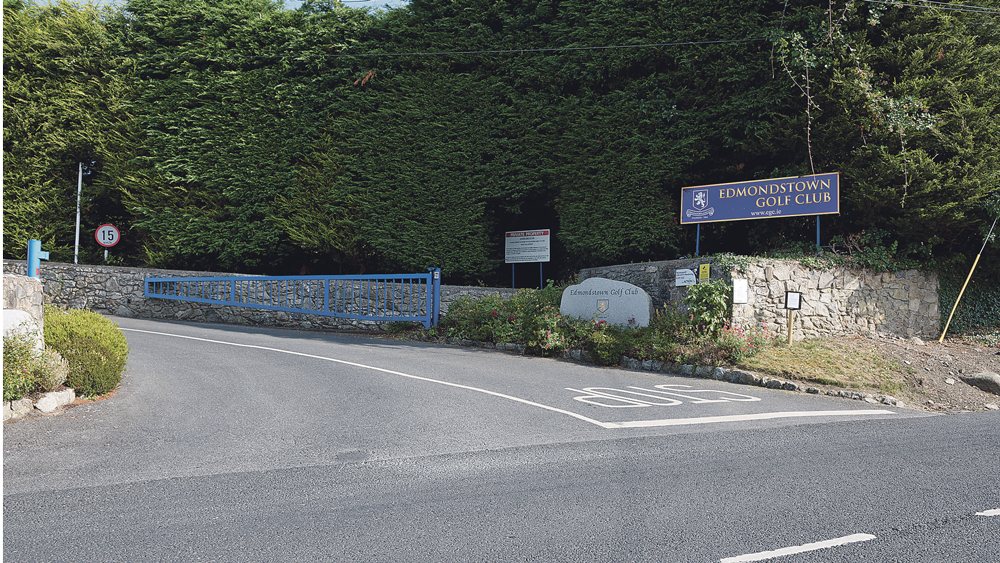 An OUTDOOR dining area has been included in plans submitted to South Dublin County Council by a golf club.

Edmondstown Golf Club is a championship course located in the foothills of the Dublin Mountains, off Edmondstown Road in Rathfarnham.

Founded in 1944, Edmondsotwn began as a nine-hole course on a former dairy farm which grew to 13 and 15 holes before settling on an 18-hole course in 1959.

Following the construction of the M50 the club accumulated additional land and in 2002 all 18 holes were remodeled to the current design that exists today.

It is proposed that the outdoor dining area be an extension of the bar and restaurant on the east side of the clubhouse.

The plans include all associated earthworks to support the new structure and include modifications to the existing building and the supply of new rainwater and drainage products.

In 2011, the club made minor changes to the existing clubhouse when it demolished the existing pro shop and built a new state-of-the-art pro shop with swing room.

Prior to this, in 2009, a new single-storey extension with a new entrance canopy was given the go-ahead for the clubhouse facade.

This approval included new signage, additional changing rooms, modifications to the existing pitched roof, and the demolition of the entrance canopy.

The new plans for the extension of the outdoor dining area of ​​the pergola, which were filed on December 16, must be finalized by the local planning authority by February 16, 2022.

The deadline for third-party submissions is January 28, 2022.