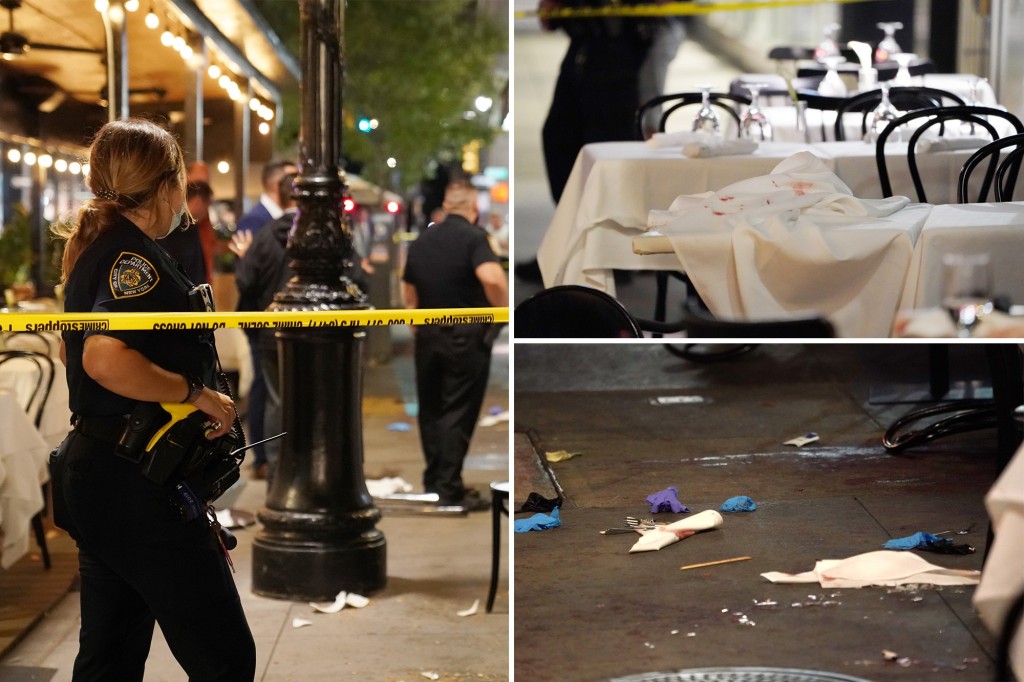 On Wednesday evening, a man dining outside an upscale Chinese restaurant in Manhattan was shot in the leg as he tried to fend off a pair of armed robbers, police and witnesses said.

The chaotic scene outside Philippe Chow on East 60th Street near Madison Avenue unfolded when two suspects approached the restaurant and first stole his Rolex watch from a 31-year-old restaurant around 10 p.m. the police announced.

The duo, at least one wielding a gun, then took aim at a 28-year-old man sitting nearby, who was shot in the leg as he struggled with the suspects, cops said. .

The gunshot victim was taken to Weill Cornell Medical Center and is expected to survive, police and sources said.

A hostess at the restaurant witnessed some of the chaos and said the robbery victim was shot as he resisted requests from suspects.

â€œThe guy said he wasn’t going to give her his watch,â€ the woman said. “They shot him once.”

â€œIt was public in front of everyone. And when he said no, they just pulled out the gun. It’s absolutely terrifying, â€she said.

The crooks got away in a light blue Mercedes. No arrests were made immediately.

In October 2018, a bodyguard of rapper Tekashi 6ix9ine was shot in the stomach outside the same restaurant during a fight.