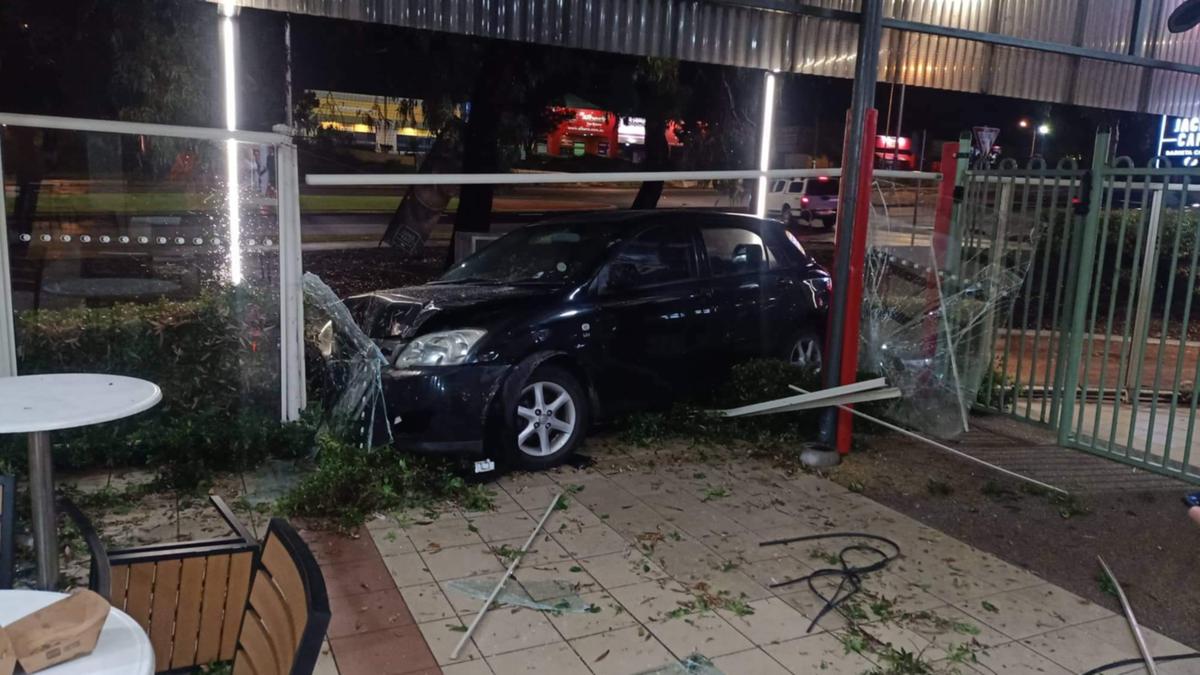 A woman was lucky to escape serious injury after her car lost control and crashed into a fast food restaurant in the northern suburbs of Perth.

Police say a woman in her 30s was driving a Toyota Corolla south along Joondalup Drive and lost control of her car when she tried to pull off the road just south of Shenton Avenue.

The driver veered over a traffic island, through a filter lane, a roadside and into the Hungry Jacks drive-thru, before smashing the glass panels that line the dining area in the middle air.

According to the police, the car suffered significant damage and several glass panels in the restaurant were destroyed.

Photos of the wreckage show the total car entering parts of the store’s dining area, with broken glass and damaged plants strewn across the floor.

The woman narrowly missed the restaurant’s dining tables and the front of her bumper collapsed after crashing into a pole in the building.

Hillarys Police and officers from the Traffic Control Group attended the scene and no injuries were reported.

The 33-year-old will receive a traffic violation notice for reckless driving.