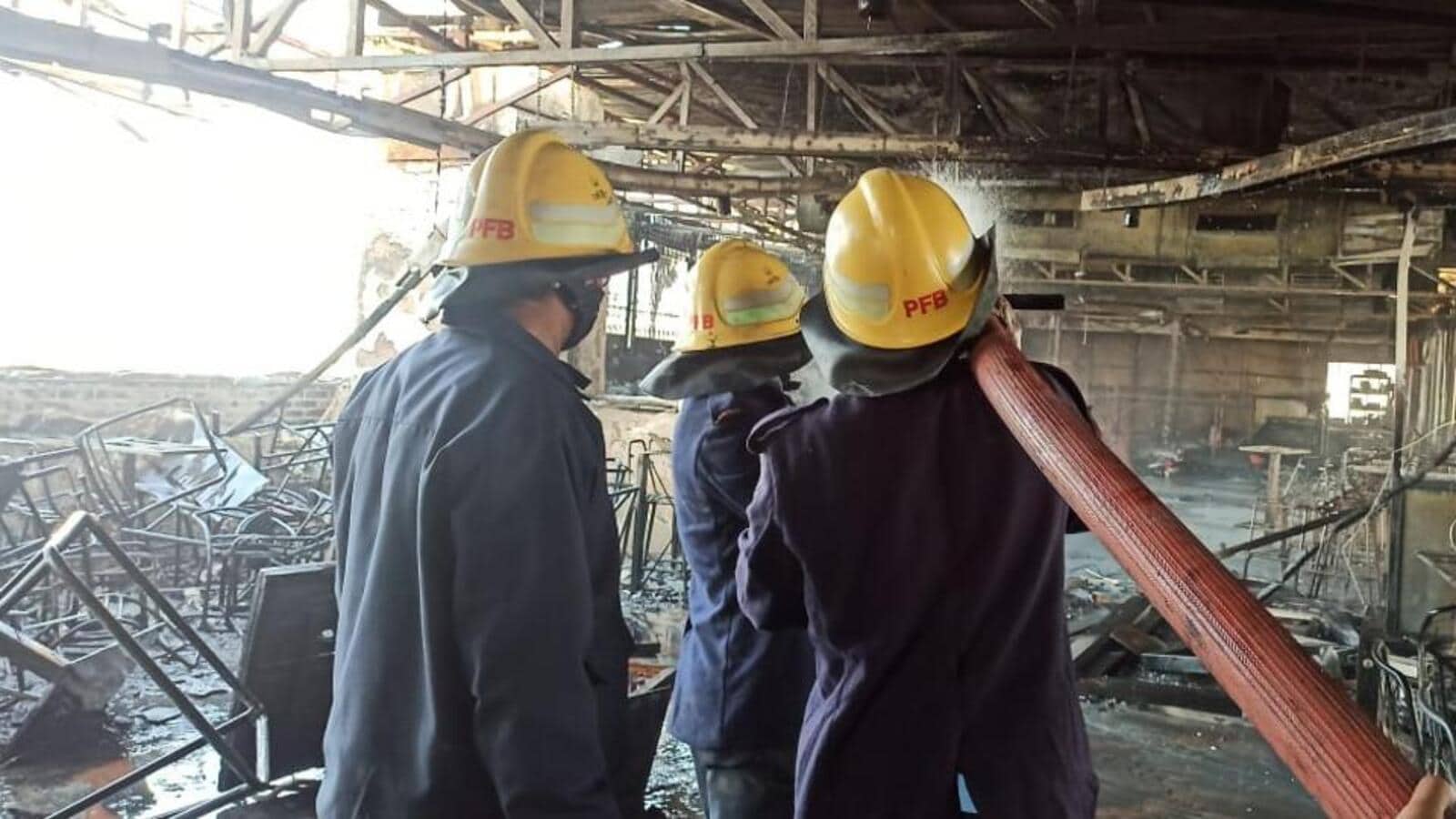 A violent fire broke out on Wednesday morning in the dining room of a restaurant on the eighth floor of an Aundh building, fire officials said.

A violent fire broke out on Wednesday morning in the dining room of a restaurant on the eighth floor of an Aundh building, fire officials said. No casualties were reported in the fire, which was brought under control within an hour around 6:42 a.m.

Pune Municipal Corporation (PMC) fire chief Sunil Gilbile said the fire was reported at 5:45 a.m. in the dining hall of the Sky Garage, located on the eighth floor of the Gaikwad IT Park shopping complex, in the Sanewadi area in Aundh.

After receiving the call, five firefighters were deployed and the fire was brought under control. “It appears to be a short circuit and a probe has been ordered. There was no loss of life,” Gilbile said.

Aundh Fire Station Officer Shivaji Memane said the fire crew members ascended to the eighth floor using the stairs. “The entire dining room was destroyed by fire, but the kitchen was intact and the fire did not spread further to other parts of the restaurant. We are trying to find out the reason for the incident,” added Memane.

Successfully subscribed to the newsletter

Thank you for subscribing to our Daily news capsule newsletter.